You may be looking for Shrek (character) or Shrek (film) .

Shrek! is a children's book written by the late William Steig and published in 1990. The book then became a Dreamworks Animation film 11 years later in 2001, respectively named Shrek. In a scene from Shrek Forever After, some designs that came from the story were seen in the forest that was located in the mixed up land of Far Far Away. Shrek's parents are seen at the beginning of the story, although they have never appeared in any of the films. However, Shrek talked about what his father was like when he grew up in a coversation between Shrek and Artie in Shrek the Third.

Characters & Differences From The Book 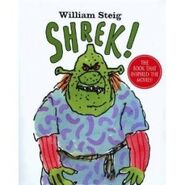 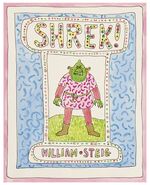 Add a photo to this gallery
Retrieved from <a abcde="" href="http://shrek.wikia.com/wiki/Shrek_Wiki">WikiShrek</a abcde=""> (shrek.wikia.com), the wiki all about Shrek.
Community content is available under CC-BY-SA unless otherwise noted.